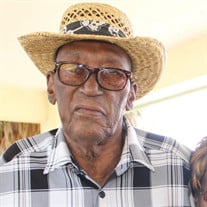 The family of Solomon Michael Theirs created this Life Tributes page to make it easy to share your memories.

Solomon Micheal Theirs was born into a wonderful big family to...

Send flowers to the Theirs family.