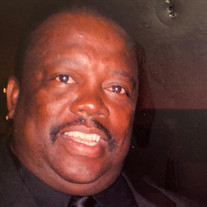 Phill’s walk of Life................. Phill Dedicated his life to Christ in 1986 at Fifth Avenue Church of God, where he established his own Mass Choir. His favorite song was “I’ll Tell It” by The New Jersey Mass Choir. He was later embraced by Bishop Melvin Pinkney of New Life Zion Temple, in Lake Worth, FL, where he served faithfully until God called him home. He could be heard singing This means War, by Charles Jenkins during car rides and at home. While in the hospital the family played these songs for his encouragement. Phill Taylor Jr., received his heavenly wings on December 4, 2021. Phill Taylor, Jr. was born on May 1, 1957 to the late Tressie and Eugene Hawkins in Maryland Park, Maryland. Phill graduated from high school in 1976 with Honors. After high school he enlisted in the U.S. Marine Corps, where he served for his country from July 5,1976 to January 22, 1982 and received an Honorable Discharge. Phill had a passion for people, leaving an everlasting impression on many lives. He spent more than half of his life working with the cities of Deerfield Beach, Pompano Beach and Boynton Beach in the Water Treatment Plant/Utility Districts where held a Class A Water Treatment Operators License. He had a big heart which allowed him many opportunities to meet and change lives through his smile and his sense of humor. Phill enjoyed training and mentoring others. There was never a dull moment with Phill’s workday. It was impossible to have a bad day when in his presence. Phill enjoyed spending quality time with his family. He was considered the life of the party. “Super T” enjoyed playing dominos, bowling and entertaining for his family and friends, he even considered himself a DJ. He was definitely the life of every family gathering. The family will always remember his conversations, and his ability to say things that would keep you laughing for days. Some may even consider him the “Domino King”. He leaves to cherish his memories and continue his legacy: his loving and devoted wife of 40 years, Maise Jean Taylor, his son Phill Taylor III, his daughter Danielle Selena Taylor-Nowell (Dion). His love will live on in the hearts of his grandchildren, Aaliyah Taylor, and Jeremiah Taylor-Nowell. He will always be remembered by his brothers James Thomas (Robin) and Corey Hawkins (Edithe). His sister Gloria Lester (Leonard). His aunts Clareatha Boney (Harry), Carrie Brown, Evelyn Oliver (Ellis), Viola Stevens (Greg). Phill’s uncles include, LC Baker, RJ Baker, Moses Baker Sr., and Eddie Baker. A host of nieces, nephews, cousins, friends and church family members. When God joined this 43 year union between Phill Taylor Jr. and Maise Taylor it established a new everlasting relationship of love and memories that they shared with brothers and sisters that words cannot explain. He was embraced to the family as a brother by Harvey Holloway (preceeded in death), Van Lee Holloway, Ronald & Elisha Rolle, Arnold & Lena Moore, Gloria Williams, Tommie Dunmore, Vincent & Letonya Flowers. It is truly a blessing to be left with so many fond memories and stories that will be shared for generations to come. The Lord has welcomed Phill with open arms. He can embrace his little Angel, Grandson Josiah Taylor-Nowell. The emptiness that we feel here on Earth is filled with the presence of God from above.

The family of Phill Taylor, Jr. created this Life Tributes page to make it easy to share your memories.