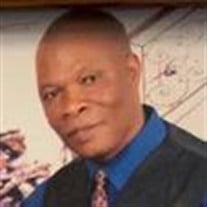 On January 8, 1958 Lucien Fertil Jean was born to the parents of Lamercie Ferdinand and Bejacma Jean. He was their second born son together out of 3 children. In 1978 he left La Tortue, Haiti to travel to the Bahamas for a chance of a better life. Then in 1979 he left the country of the Bahamas to travel to Pompano, Florida for a job opportunity to build a foundation and future. His first job was working for a company called Encore cleaning service where he worked for 5years. He then went on to work for another company called Renaissance Hotel where he surpassed 20 years of service. Afterwards he left and started working for Lipton Toyota where he spent 5 years but completed his last 6yrs working for Clancy Auto body where he would soon retire after. In 1985 his girlfriend at the time Fernande presented him with the news that he was going to be a first time father in addition to her previous children, Wadson, Linda and Barry. After learning that there were people telling the mother she should terminate the pregnancy he made it clear to her that he was going to be there for his child. Who he named Lucienne Jean after his Aunt Marie Lucienne. After spending 10 years in the states he then returned back to his birth country of Haiti to wed Rosema the mother of his second child and first son Louis Jean. Due to unforeseen circumstances he was only able to see his son once in person but was persistent in keeping constant contact via WhatsApp. Upon returning to the states in 1996, he became a member of Bethel Baptist Church where he met Mirlande. In 1998, they gave birth to a beautiful baby girl named Isabel Lisa Jean. After a couple of years later, they separated but continued to co-parent accordingly for their daughter. It was not until 2017 where they reunited again to celebrate their daughter's high school graduation. Lucien was a well-known cool macho man who was always a sweetheart, especially with the ladies. So after his separation he fell in love with one of his friends named Vana who he wed in 2001. A year later in 2002 they had a baby boy named Larry Brian Jean. At this moment their family became one as he became the father figure to her previous children Juamllee (Jimmy) and Vanessa. They shared 12 years together where they attended Nazareth Baptist church and then after migrated to his new found church home New Bethlehem Evangelical. Although separated he still remains a constant father to all of the children. A year later, he reached out to a mutual friend to find his current wife named Sonia. They were raised in the same neighborhood but in 1979 he left Haiti and they lost contact. They were reunited in 1989 however she was married and he had ended up leaving the church. Fast forward to 2014, he found her again and they kept in contact after much persuasion. With flowers in his hands he met her at a party where he got a chance to meet her kids: Sandra, Villardia, Junie, Nelta, Wilkinson and Mason. They started dating in December of 2014 and were wed in October 2015. In 2016 he was able to take his first vacation in a long time to Jamaica. In 2017 they purchased their first home and were living happily with each other. It was not until April 15th, 2021 where he fell ill and had to be rushed to Florida Medical Center where he spent 6 days. He was then released under quarantine and was cared for by his wife. Just after 4 days his symptoms took a turn for the worse and he had to be transported to Northwest Medical Center. After 1 month and 22 days of being cared for extensively by the nurses and doctors until he met his untimely demise.

On January 8, 1958 Lucien Fertil Jean was born to the parents of Lamercie Ferdinand and Bejacma Jean. He was their second born son together out of 3 children. In 1978 he left La Tortue, Haiti to travel to the Bahamas for a chance of a better... View Obituary & Service Information

The family of Lucien Fertil Jean created this Life Tributes page to make it easy to share your memories.

Send flowers to the Jean family.