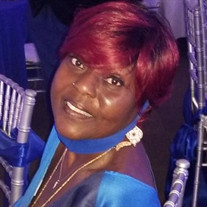 Obituary Come unto me, all ye that labour and are heavy laden, and I will give you rest. ~Matthew 11:28~ Lorrey Ann ``Lois" Gamble-Cunningham also was born on December 4th, 1961 in Lake City, South Carolina to the late Simon Walter McFadden... View Obituary & Service Information

The family of Lorrey Gamble created this Life Tributes page to make it easy to share your memories.

Obituary
Come unto me, all ye that labour and are heavy laden,...

Send flowers to the Gamble family.