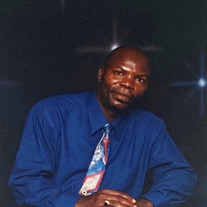 2 Timothy 4:7-8 I have fought the good fight, I have finished the race, I have kept the faith. Now there is in store for me the crown of righteousness. Pastor Alfred Pierre made his triumphant transition to glory on September 6, 2021, with his eyes looking toward Heaven. Assuredly, the angels rejoiced at his arrival. Though we are saddened by this sudden loss today, we come together to rejoice and celebrate the life of Pastor Pierre. Today we remember a son, a brother, a husband, a friend, a teacher, a counselor, a philosopher, a pastor, and a servant of the Lord. Pastor Pierre was born on August 3, 1957. in Cormie, a small village in Cap Haitian, Haiti, to the late Gerard Pierre and Esther Alfred. Esther Alfred worked in Labadee, Haiti selling dolls, while Gerard spent his days as a fisherman. Together they raised Pastor Pierre and his siblings. Two sisters Marie Lucie, Marie Jeanne, and his three brothers Willie, Meus, and Georges. Pastor Pierre attended Lyce Philippe Guerrier, where he gained a thirst for knowledge and a love for education. As a young man, traveling became a passion of Pastor Pierre as he would travel to the United States frequently in the late 1980s. In search of a better life for himself and his family Pastor Pierre, decided to move to the United States in 1997. Unfortunately, he had to leave his children Dalene, Emmanuela, Nirla, Brenda, Patrick, Garry, and Fredley back in Haiti. In September of 2002, Pastor Pierre met his future wife Alide Jean Louis. The two married on March 29, 2003. Together they shared the purest form of love one could only imagine seeing in this life. Although, the couple did not have any biological children of their own. Their home was never empty. Along the years the couple opened their doors to many such as Sr. Nadine Joseph and her two children Joshua and Theresa Almonord. In 2009, Pastor Pierre’s two nieces Woodalyne and Woodjina came to live with the couple. Most recently Sr. Marie Joseph. Giving the couple the nickname of “Aunty and Uncle” to many in the community. They shared a home filled with love, compassion, and understanding. Pastor Alfred was a hard worker. A landscaper by trade, Pastor by choice. Pastor Pierre was a man of God. He loved the Lord, and the Lord loved him, a prayer warrior indeed. Pastor Pierre was always just one phone call away, never too busy, or tried to lend a helping hand. He spent most of his life teaching others about Jesus and the importance of having a personal relationship with the Lord. Pastor Alfred was a father figure, a friend, a leader, and much more. Pastor Pierre leaves behind His wife Alide Jean Louis, his siblings Marie Lucie, Marie Jeanne, and Meus, and Georges Alfred, his children Dalene, Emmanuela, Nirla, Brenda, Patrick, Garry, and Fredley Pierre, six Grandchildren, A plethora of Nieces, Nephews, and Cousins. His Sister In-Laws: Mireille Alfred, Lina Desilus, and Leonie Narcisse. His Brother In – Laws: Dessalines Desilus, Jean Claude Narcisse. His church Family L’Eglise Sanctuaire des Saints and their Lead Pastor Mathieu Jean-Gilles and his wife. Groupe Jesus secours des Chretiens lead by Sr. Jocelyne Charles Pierre. Groupe Deposite and a plethora of friends and colleagues. Pastor Pierre is preceded in death by his father Gerard Pierre, his mother Esther Alfred, and his Brother Willie Alfred. Undoubtedly, we will forever miss Pastor Pierre, as he was one of a kind. But find comfort in knowing that his memory will remain eternally in our hearts.

2 Timothy 4:7-8 I have fought the good fight, I have finished the race, I have kept the faith. Now there is in store for me the crown of righteousness. Pastor Alfred Pierre made his triumphant transition to glory on September 6, 2021, with his... View Obituary & Service Information

The family of Alfred Pierre created this Life Tributes page to make it easy to share your memories.

Send flowers to the Pierre family.